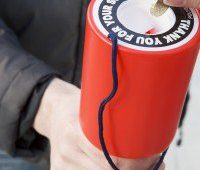 Charities and how they go about raising funds has been headline news recently, especially since the death of poppy seller, Olive Cooke, in May 2015.

An inquest found Mrs. Cooke, from Bristol, had received 267 charity letters in one month, leading to suggestions that the hounding for money pushed her to take her own life. Her family insists, however, the charities are not to blame.

The incident has nevertheless prompted the intervention of Prime Minister David Cameron, who has said that the actions of some fundraisers are damaging the reputation of the charity sector.

Consequently, charities are to be forced to draw up written agreements showing how vulnerable people will be protected from aggressive fundraising tactics, and these changes will be introduced in amendments to the Charities Bill.

The Charity Commission issues the following guidance on charities and fundraising: –

The legislation would also require all professional fundraisers to set out in their agreements with charities what steps they were taking to protect vulnerable people from high-pressure tactics.

If you would like any assistance drafting your Fundraising Agreement, please contact our Charity Law expert Nick Dent on 01642 610 350 or by email n.dent@endeavour.law

Businesses are at the heart of everything we do. We take pride in providing an outstanding service to every busine… https://t.co/UJTta10Ztd